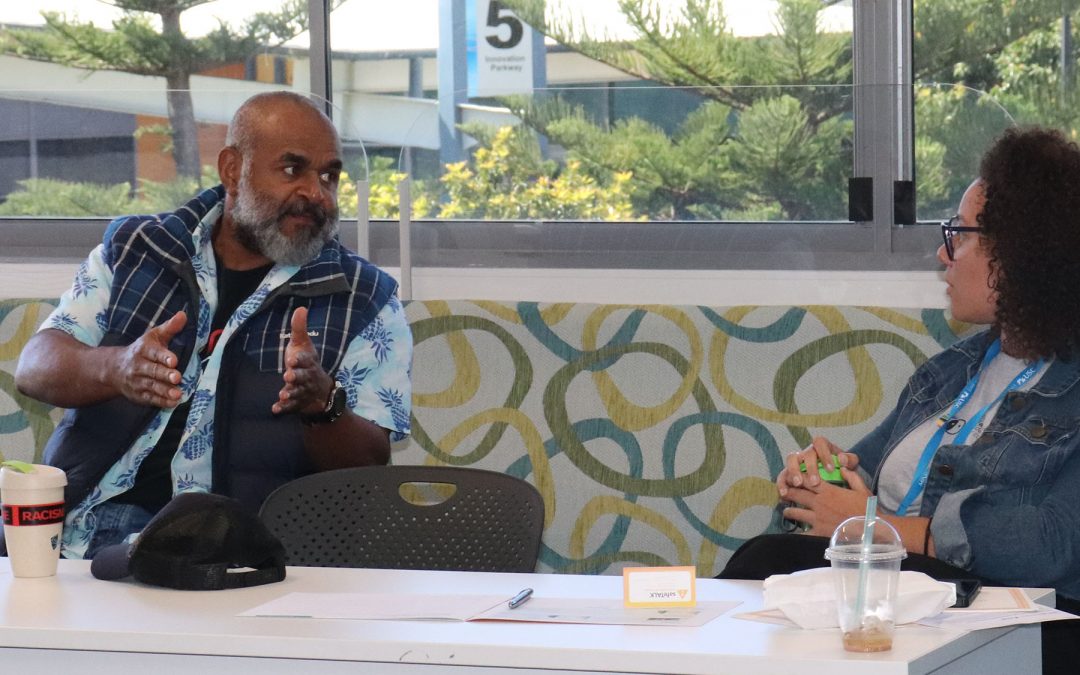 The co-design of safeYARN will ensure the Sunshine Coast community has access to training in supporting First Nations people who are at risk of suicide.

The Alliance’s Indigenous Engagement Project Officer Tegan Schefe said it was vital that Aboriginal and Torres Strait Islander community members play an active role in the cultural adaptation of the training.

“The development of safeYARN must be self-determined by Aboriginal and Torres Strait Islander peoples – it is essential in ensuring the training meets their needs and is culturally relevant,” Tegan said.

She said the level of support and involvement shown by community in two recent information and discussion sessions about the project had been “amazing”.

“The safeTALK model has all the right steps to help a person with thoughts of suicide, but for it to be effective for Aboriginal and Torres Strait Islanders peoples its discussions, terminology and resources, such as video scenarios, need to be adapted,” Tegan said.

“What we are doing is making the content more culturally relatable and considering cultural sensitivities and protocols.”

One more community session will be held in Gympie on 9 September to ensure we get feedback across the region. Aboriginal and Torres Strait Islander peoples can register to attend at thealliance.org.au/upcoming-events

Tegan said the co-development of safeYARN was being conducted in consultation with the organisation that developed safeTALK, LivingWorks, which meant it had the potential to expand to other areas of Australia.

“When the training has been culturally tailored for our Sunshine Coast community, we can also run pilots in other communities to get their feedback,” she said.

“By working with us and LivingWorks to co-design safeYARN, our Sunshine Coast community is not only supporting its own social and emotional wellbeing but developing a training program that could benefit all First Nations People,” Tegan said.

“safeYARN and Indigenous ASIST will be a good combination of suicide prevention and intervention training options for First Nations peoples and their communities.”

The co-design project is backed by culturally-appropriate research conducted by The Alliance for Suicide Prevention – Sunshine Coast researchers at USC’s Thompson Institute.