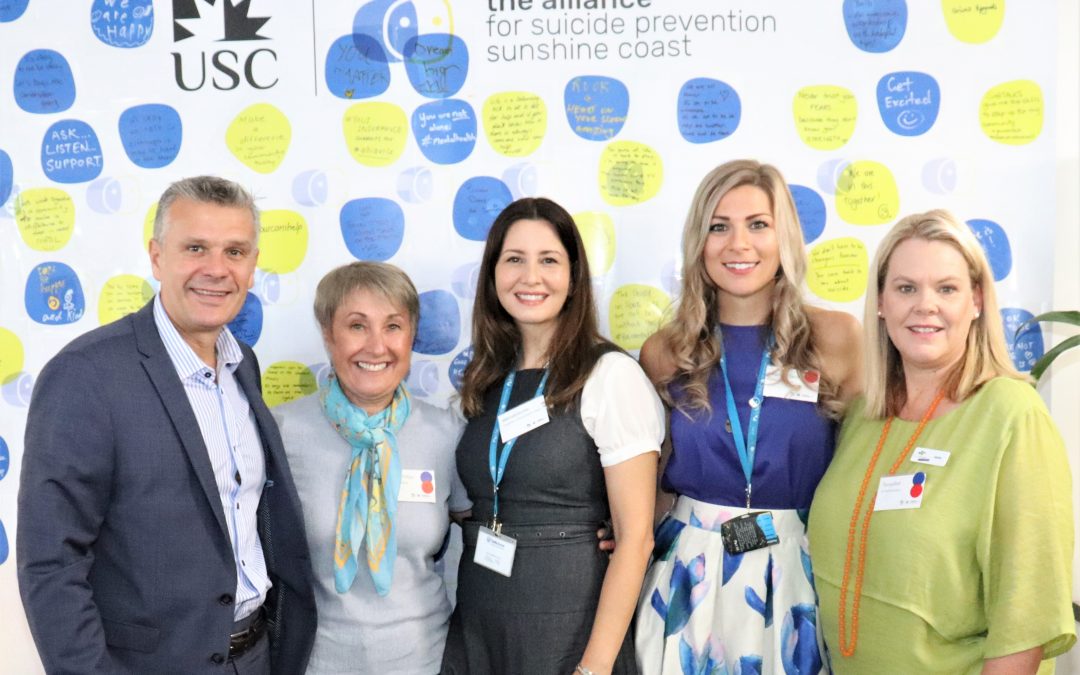 Two leading Sunshine Coast organisations will double their efforts to prevent suicide on the Coast, after announcing a partnership between USC’s Sunshine Coast Mind and Neuroscience – Thompson Institute and United Synergies.

The Thompson Institute is a world-class facility at the forefront of teaching and research for Australia’s most pressing health problems, including youth mental health and suicide prevention.

It joined forces with United Synergies through its The Alliance for Suicide Prevention – Sunshine Coast initiative, to bring together those wanting to take part in a community-wide effort to tackle suicide rates.

Now, the two organisations will work together as partners to explore and research the suicide bereavement support program, StandBy, ensuring that these valuable services are evidence driven and meeting the needs of our community.

The Thompson Institute’s Postdoctoral Research Fellow for Suicide Prevention, Dr Amanda Clacy, said the partnership was one of many it hoped to form with like-minded organisations on the Sunshine Coast.

“We know that the Sunshine Coast has a higher suicide rate than the national average, with approximately one person on the Coast taking their own life every week,” Dr Clacy said.

“The Alliance is a call to arms. By creating an integrated community, we are encouraging people from all industries and backgrounds to get involved by accessing training or an information event, or getting involved in research.

“As a community we can learn more about preventing suicide, including the risk factors and what to do if we become worried about ourselves or someone else.”

Dr Clacy said one of the known risks of suicide was previous exposure to, or bereavement by, suicide.  The StandBy model tries to break this cycle by intervening to assist those impacted.

“We look forward to the findings of this new body of research, so we can apply it to this service that so many rely on after a suicide in our community,” Dr Clacy said.

“Support from StandBy can serve as an effective strategy in suicide prevention among people impacted by a suicide, Ms Phillips said.

“This exciting partnership with The Thompson Institute will provide an opportunity to embed the research findings into our model so we can continue to provide a well-established, coordinated response for people bereaved by suicide.”

The Thompson Institute is all about getting research findings into practice. Its unique model integrates research, teaching, clinical services and advocacy to support rapid translation of research breakthroughs into education and practice.

The Alliance now has almost 90 members, demonstrating the widespread commitment within the Sunshine Coast community in working together to prevent suicide.