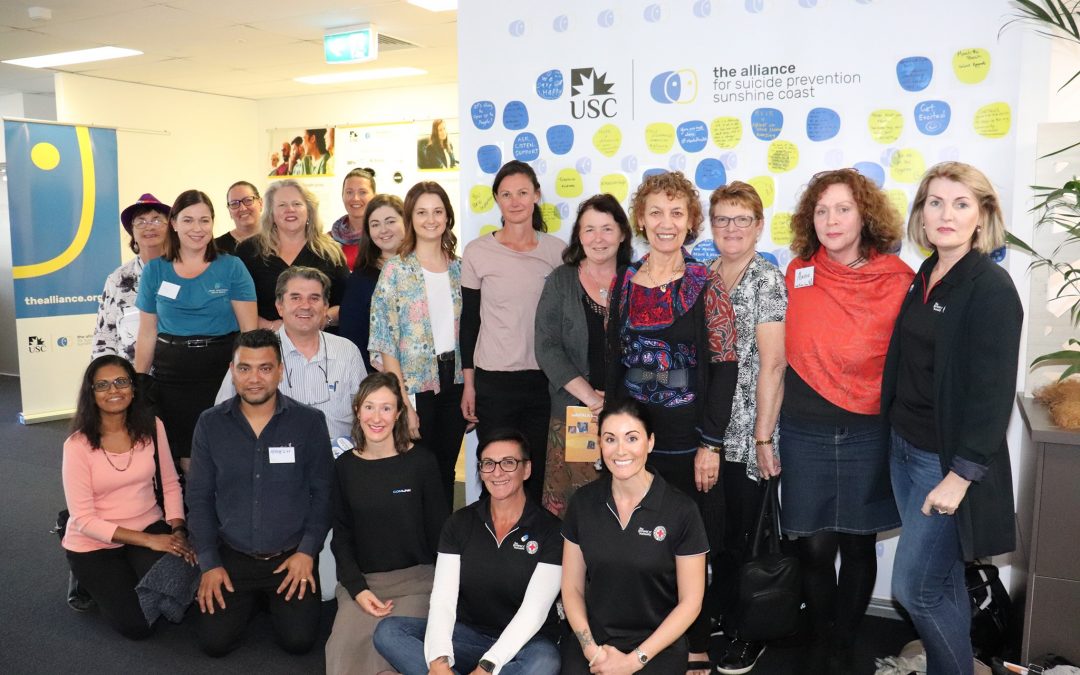 Free suicide-alertness training is being offered to the public by USC as a part of its commitment to helping reduce the Sunshine Coast’s higher-than-average suicide rates.

USC, which leads The Alliance for Suicide Prevention, aims to train 100 further people to be suicide-alert for World Suicide Prevention Day on Tuesday 10 September at the University’s Sunshine Coast Mind and Neuroscience – Thompson Institute.

Thompson Institute Operations Manager Elise Jione said the community could play a big role in suicide prevention by recognising the signs that a person might be considering suicide and being able to connect that person to help.

“We’re offering two free half-day workshops for the community on World Suicide Prevention Day that teaches simple but effective steps to notice that someone is struggling, ascertain the risk of suicide and keep them safe through connecting them to professional help,” Ms Jione said.

“We know that 60 percent of people on the Sunshine Coast believe that negative stigma surrounding mental illness prevents people from asking for help.

“It’s therefore vital that we as friends, family, colleagues, leaders and team mates can recognise that someone close to us is struggling and start a conversation that could change a life.

“Currently one person dies by suicide every week on the Sunshine Coast, but we can turn that around together by creating a safety net in our community – similar to the safety net created when the public is trained in first aid.

“If we can train 100 more community members to be suicide-alert on World Suicide Prevention Day we’re making good progress on that goal.”